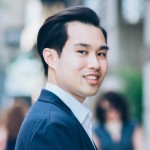 Outsourcing remains one of the ways companies are looking to reduce costs while managing an ambitious volume of work. Despite the many sources offering insight into key geographies for outsourcing few take the approach of where technology leaders are making investments or partnerships. In this article we see the top countries where leading technology enterprises are partnering with, to provide insights to leaders in order to distill hype from reality.

Devising the list of best countries to outsource software development

Outsourcing is the concept of allowing a partner to handle work that is more effectively or efficiently done. Photo courtesy of jdxy along with reserved rights.

Based on research on this topic a number of competing sources have utilized varying approaches to determine the best countries to outsource software development. They range from economic indicators to government promises of economic stimulus. Mindfield Consulting focuses instead on top geographies that major tech companies like Google, Apple, and Microsoft are investing in for top tech talent. Beyond the many cited metrics along with input from thought leaders, we conducted an extensive search on where companies are actually going for tech talent.

BBC ‘s tagline on Ukraine’s rising tech industry featured this one liner “engineering is in our DNA”. It spoke of the long history of engineering chops from the tech service industry’s early days in Ukraine (source). Though Ukraine is fast becoming a product nation, following the trajectory of other countries that started with outsourcing, it remains a destination for major companies for software development.

Challenges and disadvantages with outsourcing to Ukraine:

It wasn’t actually easy to find any criticism of Ukraine, but a study of 10 years of software development despite the overall success noted the following areas for improvements.

Companies who outsource to Ukraine

Samsung: reported to be partnering with outsourcing companies in Ukraine for IT skillset (source)

General Electric: is another major corporation leaning on Ukraine to fill in for the technology outsourcing needs (source)

Canadian Tire: a retailer of home, automotive, and renovation products is another notable bend leveraging Ukraine for tech talent (source)

Image courtesy of Romain Pontida with some rights reserved.

China has a strong technology service sector from years of outsourced manufacturing. They have been a recipient of extensive outsourcing dollars in the past three decades. Yet there still remains a barrier when it came to government intervention and high profile sanctions from tech companies like Google, Facebook, and Apple.

Companies who outsource to China

Cisco: listed as a client in a Chinese outsourcing agency  (source)

Honda: listed a client for a Chinese outsourcing agency (source)

Thompson Reuters: listed as a client for a Chinese outsourcing agency (source)

Google: has also added their 3rd location to China with a new co-working space in Shenzhen (source)

Canada is home to a mature start up ecosystem and boasts an AI global centre of excellence, with extensive foot print and history in the tech sector. One of the unexpected reasons outsourcing to Canada has become a reality is the increasing need for flexible work arrangement for experience technology professionals. In fact every one of the tech companies we’ve mentioned so far has at least one satellite office in Canada along with national head quarters. With the rising cost of  offshore development Canada has recently become a strong competitor for outsourced technology work.

Common challenges and disadvantages with outsourcing to Canada

Companies who outsource to Canada

Microsoft: has been working with Canadian resources since 1985 (source).

Bosch:  listed as a client by a Canadian software company  (source)

India – an established player in the outsourcing industry

India remains a strong candidate for outsourcing despite its increasing costs to software development, despite that major tech players continue to invest in India. Not simply as an offshore developer they can call up to do one off projects, but instead to be strategic delivery centres or tech community to position for early stage start up investments.

Common challenges and disadvantages with outsourcing to India

Companies who outsource to India

IBM: now has more staff in India than in America (source)

Next steps for organizations considering outsourcing

Knowing which country to begin investigating is a first step to determine a successful outsourcing partnership with a prospective country. Narrowing down your top candidate firms will also require time to understand how partners perform. Here are some tips to help smooth out the process for developing outsourcing relationships

Get the latest articles and news delivered to your email inbox.

This website uses cookies to improve your experience. We'll assume you're ok with this, but you can opt-out if you wish. Read More